The latest in our series of Research Data Service ‘how-to’ videos provides guidance and handy hints on making data FAIR (Findable, Accessible, Interoperable and Reusable) by depositing in Edinburgh DataShare, the University’s open access data repository. This video is aimed at researchers seeking a Digital Object Identifier (or DOI, required by many publishers), wanting to share their data online and/or to archive their data somewhere safe for the long-term. The video demonstrates the DataShare submission interface, while the narration covers the kind of advice and guidance we would typically provide to users when working with them in person or via screen-sharing. Our hope is that users will find this video easier to access and quicker than having to request and schedule a meeting. That said, we’re still available and delighted to talk to users who have more complex questions or requirements about archiving and sharing their data.

Take a look at “How to Archive your Data on Edinburgh DataShare, the Open Research Data Repository” on MediaHopper

In three new videos released today, researchers from the University of Edinburgh talk about why and how they archive their research data, and the ways in which they make their data openly available using the support, tools and resources provided by the University’s Research Data Service.

Professor Richard Baldock from the MRC Human Genetics Unit explains how he’s been able to preserve important research data relating to developmental biology – and make it available for the long term using Edinburgh DataShare – in a way that was not possible by other means owing to the large amount of histology data produced. 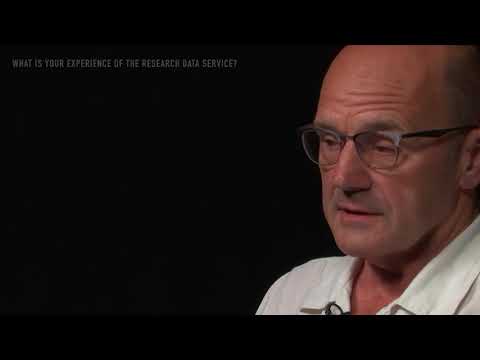 Dr Marc Metzger from the School of GeoSciences tells how he saves himself time by making his climate mapping research data openly available so that others can download it for themselves, rather than him having to send out copies in response to requests. This approach represents best practice – making the data openly available is also more convenient for users, removing a potential barrier to the re-use of the data. 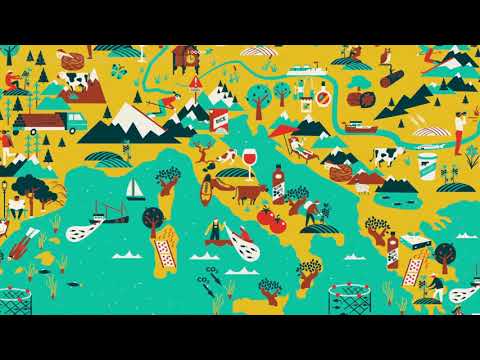 Professor Miles Glendinning from Edinburgh College of Art talks about how his architectural photographs of social housing are becoming more discoverable as a result of being shared on Edinburgh DataShare. And Robin Rice, the University’s Data Librarian, discusses the difference between the open (DataShare) and restricted (DataVault) archiving options provided by the Research Data Service. 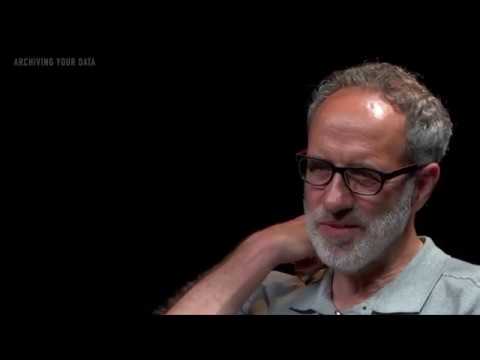 For more details about Edinburgh’s Research Data Service, including the DataShare and DataVault systems, see:

The Research Data Service team applauds those researchers at the University of Edinburgh who share their data. We therefore decided to show our appreciation by presenting awards to our most successful depositors, as part of the Dealing With Data conference. The prizes themselves do not come with a cash research grant attached unfortunately. However, the winners did receive a certificate bearing an image of our mascot for the day, Databot. We think you’ll agree the winning depositors and their data demonstrate the diversity of our collections, in terms of subject matter, formats and sheer size. We were particularly pleased with the reactions from both the recipients and the attendees, both in person, by email and on twitter (#UoEData was the Dealing with Data hashtag). Who doesn’t love the drama of an awards ceremony! A video is available.

The winners in full…

– the School which boasts the greatest number of Edinburgh DataShare Collections currently. Thirty-three eligible Collections (already containing at least one dataset) such as “Connectomic analysis of motor units in the mouse fourth deep lumbrical muscle”, the Edinburgh Imaging “Image Library” and “Generation Scotland”.

MOST PROLIFIC DATASHARER: Professor Richard Baldock
– the most prolific depositor into Edinburgh DataShare for the academic year 2016-17, and over the lifetime of the repository, having shared a grand total of 1,105 data items with full metadata. These are grouped together into numerous Collections under the heading of “e-Mouse Atlas”. The majority of these detailed images show microscope slides of stained tissue, others are 3D models. They accompany a book and website published by Professor Baldock, building on the seminal work of Professor Matt Kaufman in developmental biology. The metadata for each of the slides links to a lower definition version within the e-Mouse Atlas website, where the data may be viewed and navigated in context. The original slides themselves are held by the University’s Centre for Research Collections.

MOST PROLIFIC DATASHARER (CSE): Professor Euan Brechin
– the depositor of the greatest number of Edinburgh DataShare items from the College of Science and Engineering in academic year 2016-2017. Euan deposits his coordination chemistry research data so frequently that we set up a Collection template on the Brechin Research Group, which automatically pre-populates some of the metadata fields for him, saving Euan time. If only we could find a way to mention metallosupramolecular cubes here.

MOST PROLIFIC DATASHARER (CAHSS): Dr Andrea Martin
– the depositor of the greatest number of Edinburgh DataShare items from the College of Arts, Humanities and Social Sciences in academic year 2016-2017. Some of these “Language Cognition and Communication” data items are still under temporary embargo. Users may nonetheless see all the metadata.

MOST POPULAR SHARED DATA: Professor Peter Sandercock
– the depositor of the Edinburgh DataShare item which has attracted the greatest number of page views over the lifetime of the repository: “International Stroke Trial database (version 2)” (aka IST-1).  These data from the International Stroke Trial provide a great example of how clinical trial data may be anonymised to allow them to be shared. For more information, you may want to watch Prof Sandercock’s very accessible and detailed  public lecture. Admittedly, one other item is higher up DataShare’s table of page views than IST. However we believe the traffic drawn by “RCrO3-xNx ChemComm 2016” to be artifactual, arising from the appearance of the word ‘doping’ in its abstract, and the fact the deposit was made at a time when doping in sport was very prominent in the news media. Additionally, the earlier, superseded, version of the IST-1 dataset also appears in the all-time top ten, and if we combine the number of views, it is in the No.1 spot outright 🙂

MOST POPULAR DATA 2016-17: Dr. Junichi Yamagishi
– the depositor of the Edinburgh DataShare item which has attracted the greatest number of page views (1,720 to be precise, as counted by Google Analytics) over the academic year 2016-17: “Automatic Speaker Verification Spoofing and Countermeasures Challenge (ASVspoof 2015) Database”. Here’s the suggested citation, which DataShare compiles automatically, and displays prominently, to encourage users to cite the data:

– the depositor of the Edinburgh DataShare item from the College of Arts, Humanities and Social Sciences which has attracted the greatest number of page views (1,374 to be precise, as counted by Google Analytics), over the academic year 2016-17: “Hong Kong Public Housing Archive”. The Research Data Service is working closely with Miles, Personal Chair of Architectural Conservation, on a series of batch imports to put his fabulous array of photographs of public housing tower blocks from all around the world on DataShare over the coming months – keep an eye on DOCOMOMO International Mass Housing Archive.

MOST POPULAR DATA 2016-17 (MVM): Dr. Tom Pennycott
– the depositor of the Edinburgh DataShare Collection page from the College of Medicine and Veterinary Medicine which has attracted the greatest number of page views over the academic year 2016-17: “Diseases of Wild Birds”. Hundreds of grotesquely beautiful photographs of dead wild birds, bodies ravaged with viruses, bacteria and protists, found at locations all around the United Kingdom; these images support the PhD thesis of Dr Tom Pennycott from our Veterinary School.

With the DataShare 3.0 release, completed on 6 October, 2017, the data repository can manage data items of 100 GB. This means a single dataset of up to 100 GB can be cited with a single DOI, viewed at a single URL, and downloaded through the browser with a single click of our big red “Download all files” button. We’re not saying the system cannot handle datasets larger than this, but 100 GB is what we’ve tested for, and can offer with confidence. This release joins up the DSpace asset store to our managed filestore space (DataStore) making this milestone release possible.

In practice, what this means for users is:

– You can still upload up to 20 GB of data files as part of a single deposit via our web submission form.

– For sets of files over 20 GB, depositors may contact the Research Data Service team on data-support@ed.ac.uk to arrange a batch import. The key improvement in this step is that all the files can be in a single deposit, displayed together on one page with their descriptive metadata, rather than split up into five separate deposits.

The MD5 checksum of every file in DataShare is displayed (on the Full Item view), including historic deposits. This allows users downloading files to check their integrity.

For example, suppose I download Professor Richard Ribchester’s fluorescence microscopy of the neuromuscular junction from http://datashare.is.ed.ac.uk/handle/10283/2749. N.B. the “Download all files” button in this release works differently than before. And one of the differences which users will see is that the zip file it downloads is now named with the two numbers from the deposit’s handle identifier, separated by an underscore instead of a forward slash. So I’ve downloaded the file “DS_10283_2749.zip”.

I want to ensure there was no glitch in the download – I want to know the file I’ve downloaded is identical to the one in the repository. So, I do the following:

In this case they are identical – I have a match. I’ve confirmed the integrity of the file I downloaded.

The MD5 checksum hashes match each other.

Another improvement we’ve made is to give depositors confidence in the request-a-copy feature. If the files in your deposit are under temporary embargo, they will not be available for users to download directly. However, users can send you a request for the files through DataShare, which you’ll receive via email, as described in an earlier blogpost. If you then agree to the request using the form and the “Send” button in DataShare, the system will attempt to email the files to the user. However, as we all know, some files are too large for email servers.

If the email server refuses to send the email message because the attachment is too large, DataShare 3.0 will immediately display an error message for you in the browser saying “File too large”. Thus allowing you to make alternative arrangements to get those files to the user. Otherwise, the system moves on to offer you a chance to change the permissions on the file to open access. So, if you see no error after clicking “Send”, you’ll have peace of mind the files have been sent successfully.